Until August, ANAC will translocate 4.712 wild animals of several species 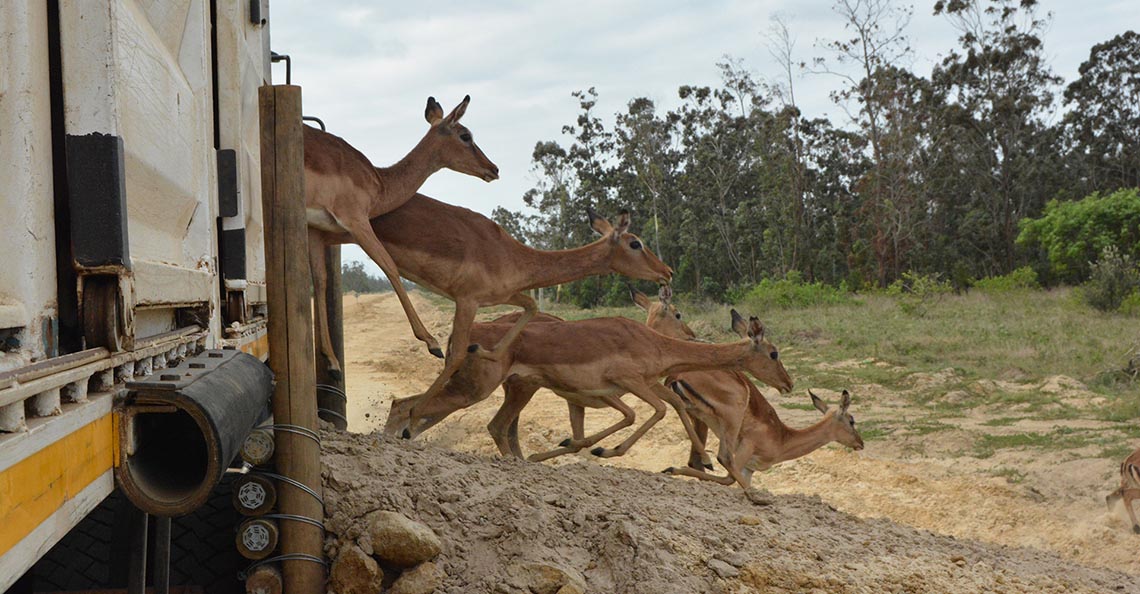 The National Conservation Areas Administration Strategic Plan, 2015-2024, defines the necessity of assuring the restoration of the conservation areas through the wildlife repopulation of its National Parks and Reserves, to allow these areas to continue providing ecosystem services and transform them in touristic attraction and local communities’ development poles, through the offering of employment.

Within this scope, the institution will translocate 4.712 wild animals of several species for the repopulation of the Maputo Special Reserve and the Zinave National Park, during the current year, a process that began in the 26th, with the arrival of 51 impalas originating from Zimbabwe.

The movement of 50 Elephants, 200 Buffalos, 200 Elands, 100 Giraffes, 900 Impalas, 50 Kudos, 300 Wildebeests, and 200 Zebras from the “Save Valley Conservation”, in Zimbabwe, and 400 Waterbucks and 100 Reedbuck from the Gorongosa National Park to the Zinave National Park is previewed.

The Maputo Special Reserve will receive from the “Big Game Parks” in Swaziland 400 Zebras, 200 Wildebeests, 500 Impalas, 12 Giraffes, 50 Kudos, 200 Buffalo and 800 Waterbucks and, from the Gorongosa National Park, 100 Wathogs.

The animals coming from Zimbabwe are part of a lot of 2.000 that country pledged to donate to Mozambique, during the VI Ministerial Meeting of the Great Limpopo Transfrontier Park, which took place in last February in Maputo.

This is the biggest wild animal translocation in the country and is a result of the work the Mozambican Government is undertaking, with the rehabilitation of the conservation areas in mind, particularly for the protection and recovery of wildlife assets.